What is it and how can you make it stop.

A guy called me up the other day and told me his Dolphin motorhome was porpoising. I told him it sounded like it was having an identity crisis! Haha :)

Seriously though, porpoising is something we get quite a few calls on, and it is one of those terms that you hear about mostly with regard to RV’s. Porpoising is front to rear bounce; the front hits a bump, then the rear hits the bump, and they both bounce independently of each other, creating an oscillating motion. If the problem is severe enough, it can feel like you’re going to pull the wheels off the ground.

The problem is more typical in shorter coaches (low 20-foot to low 30 foot) than long ones. You don’t have as much trouble when you head up to 37 foot and beyond, and we definitely have more problems controlling it on a short wheelbase coach. The reason is that there is more time for the bump to settle out between the front and rear wheels on a longer wheelbase coach. 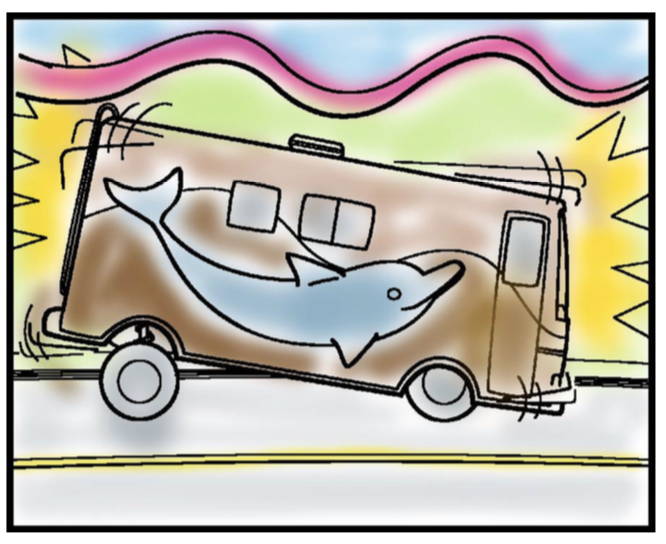 Anything from the springs on down is called “un-sprung weight.” The heavier your axles and tires are, the more difficult it is to make them change direction. Because of the high amounts of un-sprung weight on a motorhome, it’s been a real challenge for us. Between the wheel, tire and brake, you’ve got 300 lbs. there, and when it’s spinning, it’s like a gyroscope; it doesn’t want to change direction.

Changing out your shocks and sometimes your springs will usually diminish the problem significantly. On some of the IFS coaches, our Motion Control Unit (MCU) can help cut down on porpoising as well. Sometimes controlling airflow into and out of the bags can help in some applications, but not always. For example, MCU’s on some Freightliners; we’ve managed to get the side to side movement out of it, but then it started porpoising. I had a guy with a Spartan IFS chassis that he cut down some porpoising by putting on the MCU’s on the front.

On non-airbag coaches, good shocks will typically do the trick provided you’ve still got some decent springs. In situations such as these, we use the Koni FSD, and for the ultimate, the RoadKing 2-5/16 bore shock. FSD’s are good for rebound control, and the frequency selective damping (FSD) takes some of the harshness out of the ride. The FSD valve is a secondary valve that they put in the piston head that dissipates the initial shock load. Most shocks are a linear rate; the harder you work them, the stiffer they get. That’s an age-old dilemma; you can make anything handle well, but it can end up riding like a lumber wagon. Until next time we wish you safer and happier driving!

The Benefits of RVing

Get the latest updates and RV tips